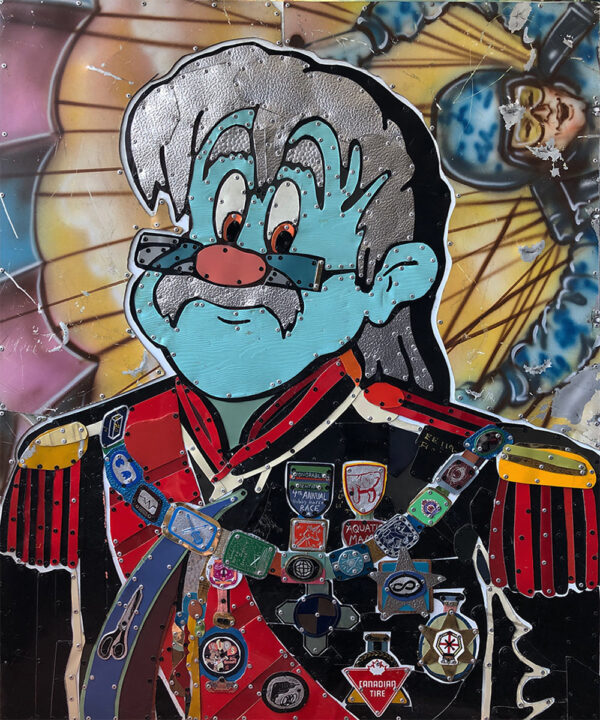 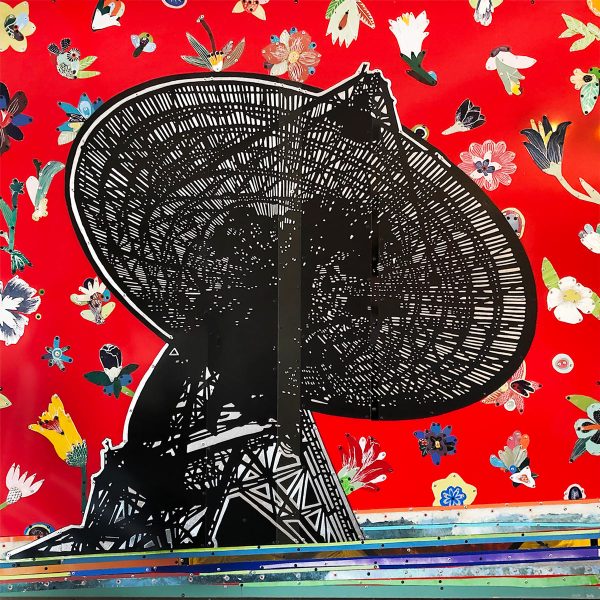 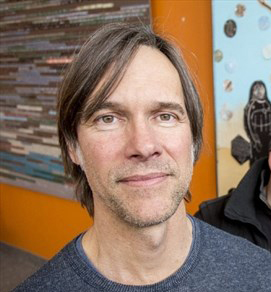 For Dave Hind, the title ”thingmaker” is an unencumbered open-ended designation. This allows Hind to move freely between creating functional object, sculptures, two dimensional works and musical instruments. The artist finds his inspiration within the debris of reclaimed waste metals and the discarded bio-products of industry, making beauty from abandoned and defective products.
This series of aluminum painting makes use of reclaimed metal siding which is cut, carved and layered into a mosaic of texture and colour. The Sacred Arboreal Portrait Project (SAPP) is an on going body of work which aims at historically documenting specific trees that share their space with the manufactured cityscape. It is that which happens at the meeting of the natural and the constructed that Hind examines. Hind lives in Brantford, Ontario with his sweetheart Kira and their two children, Tula and Esme.

Under the Bloom of the Moon – The Garden Studio, Lowville, ON

One of a Kind Show, Toronto, ON

Industrial Design for Continuing Consumption – Arts on King, Toronto, ON

The Works Festival, Edmonton, AB and Victoria, BC

Two Degrees of Separation – University of Waterloo, Waterloo, ON

The Group of Seven Revisited – Cambridge Galleries, Cambridge, ON

Out of the Studio – Faculty Show: White Mountain Academy, Elliot Lake, ON

Exile on James Street – Bank of Montreal Building, Hamilton, ON

Gathering – Under the Bridge, London, ON

Arted on Things and the Non-Object – Artist’s Studio, St. Thomas, ON